Women who have made an impact!! Including our women of A1 Coaches!

There was a time long ago in ancient Egypt when the higher wisdom was attributed to women. Women governed Egypt until the Amun priesthood infiltrated, took over and destroyed any traces of the previously governing matriarchy. Since then, there have been many important women on the books of history, really not as many as there should actually be.

Amazing geniuses have passed unnoticed to the history books, (scientists of sorts, mathematicians, musicians, adventurers, pilots, biochemists, engineers, you name it) although in many instances we wouldn’t have come this far without those almost unknown heroes. Good news is that we all know amazing women both in our everyday lives (mums all over the world are number one hero to millions of children) and on the public arena. 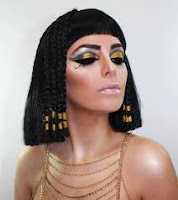 From Cleopatra to Indira Gandhi, up to our days there have been many women governing nations... famous examples of women that “have made it” in a man’s world. 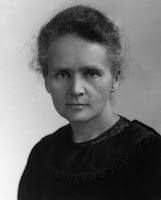 Marie Curie always is perhaps the most renowned scientist, but not the only one. She discovered two elements, was the first women to win a Nobel Prize, in 1903, and was the first person to win a second Nobel price.

Although many other have passed mostly unnoticed?  Did you know that Mozart had a sister, a sister that played with astonishing precision and skill? As poetically described in the theatre play “The Other Mozart” by Sylvia Milo, starring Helena Bonham Carter.  But Maria Anna Mozart went pretty much unnoticed by the history books.
Many pioneering women in their field, many “first ever to”

Lillian Moller Gilbreth was an American psychologist and industrial engineer at the turn of the 20th century. She was an expert in efficiency and organizational psychology. Her long list of firsts includes first female commencement speaker at the University of California, first female engineering professor at Purdue, and first woman elected to the National Academy of Engineering.

Rosalind Franklin was a British chemist and crystallographer, best known for her research that was essential to elucidating the structure of DNA.  During her lifetime, Franklin was not credited for her key role, but years later she is recognized as providing a pivotal piece of the DNA story. Franklin spent the last five years of her life studying the structure of plant viruses and passed away in 1958.(photo)

In modern times there are hundreds of examples of very prominent women contributing to all aspects of life... Science, medicine, politics... we see them almost daily on the news: Angela Merkel, Theresa May, Nicola Sturgeon...

Kellyanne Conway has very successfully managed a very tough political race across the pond, and continues to be an indispensable figure in the entourage of the newly elected President of the United States, Donald J. Trump.

Here at A1 team we have some amazing members without whom this company wouldn’t be the same:

Colleen is notable leader, with acclaimed recognition. The A1 Team knows and appreciates her hard work and dedication. She is the Director that has brought us to where we are today. Knowledgeable and experienced, with the bright mind of contemporary improvements. 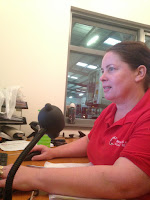 Katrina is our unstoppable Operations Manager.
She coordinates all drivers and vehicles for both scheduled and unscheduled services, Katrina follows through every movement of the fleet making sure everybody is at the right place at the right time. 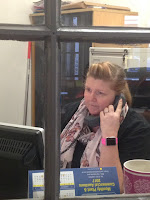 Laura is on top of Finance and Human Resources departments. She efficiently manages all assets, every commercial transaction made by and to the company in the daily course of operation, and of course, all aspects related to the Human Resources side of the company. HR is a very important element to any company or organization, our HR department is the systems and processes behind the scenes to take care of our most valuable assets, our Staff!!. 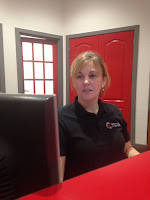 Ashling Macdonald  and  Karen Flynn, Sales Team
Ashling and Karen are the forefront voice of A1 on customer´s care. They conform a very important area of a company, which is customer´s satisfaction. You´ll find them managing customer´s calls and providing advice and solutions to every customer’s requirement, they will give you confidence that you have chosen the correct transport provider. 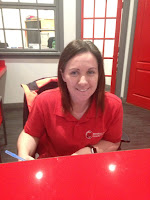 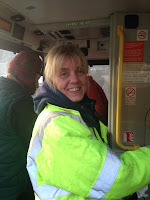 Jaki Fraser. Cleaner/Driver.
Probably the best in the final result is the most subtle. Jaki and her team will make sure all vehicles in the fleet are clean and shinny. A silent work that represents the company´s image and prestige.

And all our drivers: 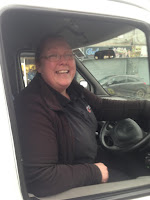 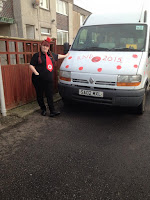 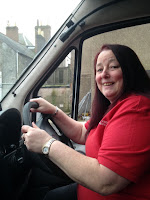 Ray Wilson  who also helps us clean the vehicles too! 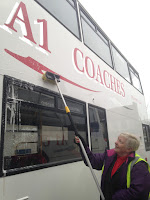 Well then, let’s not commit the same old mistake again. Let’s appreciate and give recognition to all the women who make the world a better place on a daily basis and that includes our A1 Minibus and Coach Services women too.

We value all our male and female employee's here at A1 Minibus and Coach Services LTD.

Posted by Colleen Goodsir at 06:18