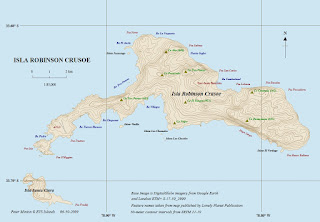 Playing with the words, saying that Fife is a “picturesque” place is quite right, as the first dwellers of these lands were the Pictish peoples who inhabited this area well before the Roman Invasion, and since those times Fife has always been an important economic engine with consistent farming, mining and fishing activities.

Fife will be quickly identified if you mention the city of St Andrews. This city resonates in the minds of people around the world as the cradle of golf and its world class University of St Andrews. Although the relevant role of this region through history goes a long way back: Starting by the Pictish and the Celts and the merge of peoples forming the Scots, who gave enough trouble to the Roman invaders as for them to build Hadrian’s wall, and culminating in the present day, with renowned artists and public figures dominating the public scene.

Kings, philosophers, artists including writers, painters, singers and dancers; politicians, millionaires, you name it, Fifers have always been intrepid people taking their talent above and beyond any limitation.

The long reach of Fifers at making an impression in the rest of the world has always been felt, with figures like Adam Smith in philosophy and economics, influential millionaire Andrew Carnegie, or our more contemporary novelist Ian Rankin or acclaimed painter Jack Vettriano, and this is only quoting a very few of the many Fifers that gained international prominence through their contributions.

Wandering through the coastal villages of Fife is one of my favourite “welcome tour” for visitors from outside, with a guaranteed satisfaction for the tourist. All these pretty villages, with ‘local specialties’ like the fish shops at Anstruther and the many cosy places to stop for a snack make it ‘piece of cake’ to entertain the curious visitor.

And while exploring the nooks and crannies along the coast, you bump into one of these characters that made history without even trying, a man whose desire for adventures entertained generations of readers, oblivious he once existed for real: Alexander Selkirk.

Alexander Selkirk, born Alexander Selchcraig (1676 – 13 December 1721) in Lower Largo, Fife, was an “unruly” youth, sort of a rebel, and after he had shown some “indecent conduct in church” and was summoned to appear before the “kirk session” (church court) he was “gone to sea”.

He enrolled as a privateer, that is, a sort of ‘endorsed pirate’ and the adventures that followed culminated in him being ‘marooned’ (left behind) in a desert island in the Pacific Ocean off the coast of Chile. With a musket, a hatchet, a knife, a cooking pot, a Bible, bedding and some clothes, he survived for four years in the island. Hoping to be rescued he had to hide from enemy vessels until finally a friendly vessel rescued him. Upon his return to Britain his story inspired numerous chronicles and articles, and also inspired one of the most famous adventures books: “The life and surprising adventures of Robinson Crusoe”, by Daniel Defoe.

Alexander Selkirk, in my opinion, is the most extreme example of the strength of spirit, determination and ingenuity of Fifers. His legacy of adventure and tenacity, even bigger than the book he inspired, lives in the collective imagination of people all around the world.

Discover Fife with A1 Coaches!

A1 Coaches will pick you up at your selected pick up point and take you to your chosen destination. Just call 01592 713443 or e-mail info@a1coaches.com or visit www.a1coaches.com