A spell on you. 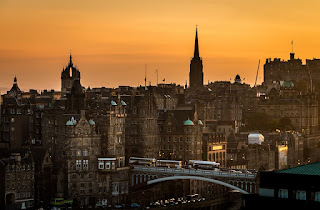 Edinburgh. I can never get enough of the capital city. The magnetic attraction this city exerts upon me is astonishing, as if telluric forces would draw me to eagerly weave through grandiose squares, solemn stone buildings, cobbled pavements, wynds, and alleys, invoking the literary past that has inspired over 500 novels since the times of R.L. Stevenson's Dr Jekyll and Mr Hyde story to Irvine Welsh's Trainspotting film. 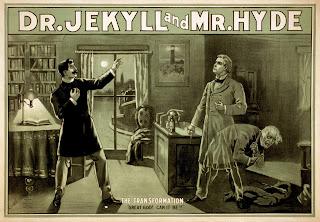 Literary legends have dwelled in the city and so have the characters of their literary creations. Sir Arthur Conan Doyle, writer of Sherlock Holmes stayed in Edinburgh; Robert Louis Stevenson, author of Jekyll and Hyde and Treasure Island, was born in Edinburgh. Sir Walter Scott, best known by his Ivanhoe and Rob Roy and Robert Burns, Scotland’s national bard also lived and worked in this city of magnetic appeal to the creative minds. 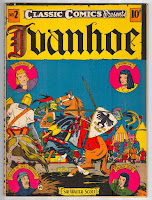 It wouldn’t come as a surprise then when Edinburgh was granted the title of City of Literature by UNESCO back in 2004, and the city today is a living centre of artistic creation.

The literary presence and heritage of Edinburgh is symbolized perfectly by the monument to Sir Walter Scott, and those who arrive at Waverly Station (named after Sir Walter Scott’s Waverly) into Princes Street are welcomed by this Victorian monument to the prominent Scottish historical novelist, playwright and poet.


In modern times Sir Walter Scott would be a truly Edinburgh Makar, a newly adopted title for the Poet Laureate in our modern age Edinburgh City of Literature. The Scots word makar means ‘one who fashions, constructs, produces, prepares, etc.’ according to the Dictionary of the Scots Language. In the context of literature, a skilled, versatile worker in the craft of writing is a ‘makar’.

Celebrating writers, we have literary destinations like Makars Court, at the top of the Royal Mile, a courtyard with carved paving stones dedicated to writers from the 14th century to the present day.

You can find here The Writers Museum, containing portraits and the works of some of Scotland’s great writers including Robert Burns and Robert Louis Stevenson.

The Scottish Storytelling Centre, also in the Royal Mile, with its modern architecture in contrast to its historical counterparts.  An award winning public building, it includes a theatre, book and gift shop and storytelling café.   It runs a full program of events for those wishing to cultivate their storytelling, music-making, singing and dancing skills.


The National Library of Scotland is Scotland’s largest library situated on George IV Bridge.  Hosting world-class collections, it is a major research library. The library runs a regular program of talks, workshops and events.

Entertaining and amusing, here are several links that bring Edinburgh’s literary appeal and impressive scenery together:

For a start, having a look to the Edinburgh City of Literature  website will give us an overview of the latest events and tours.

A popular, informative and entertaining one is the Edinburgh literary pub tour, conducted by professional actors.

The Ian Rankin’s Rebus Tour  explores Edinburgh through the perspective of the fictional character of Rankin’s books.

Edinburgh Book Lover’s Tour  covers 500 years and penetrates the capital’s ancient wynds, closes and graveyards.  From historical writers to modern writers, the timeline of literary history is fully appreciated in this tour.

The Scottish Parliament Literature Tour introduces visitors to its connections with literature over the years from renowned, historical writers to today's popular authors.

The Edinburgh International Book Festival in August is an absolute must for literary fans and a highlight of the year.

Edinburgh buzzes with life at every corner, exhilarating to your senses, and your imagination runs wild among the characters and spirits of the unfathomable number of stories that have and will take place is this wonderful eternal city.

You are always close to  Edinburgh with A1 Coaches. Plan your day out with us, just call 01592 713443 or e-mail info@a1coaches.com or visit www.a1coaches.com